If you are an educator or a parent of school-aged children in Delaware, there is one election this November that you should pay particular attention to…  And, it is NOT the presidential one!

No, the election that should be of utmost importance to you is the one for Governor.

We have spent the last 8 years drowning in bad educational policies set up by Jack Markell and his political cronies.  I challenge anyone to name one of those policies that really benefited the students in the Delaware public education system.  The truth is that the ONLY person who benefited from such policies and schemes is Jack Markell and the corporations he panders to.  Common Core Standards, Smarter Balanced Assessment, unfair teacher evaluations, the labeling-shaming-and punishing of our poorest and neediest schools, vetoing HB50 that was heavily supported by parents, teachers, and his legislative body…  I could go on-and-on!

We have allowed this to happen.  Now, what are we going to do about it?

Here is the first step:  Recognize that any Democrat or Republican political leanings will bring more of the same to Delaware education.

Heck, Democratic candidate John Carney’s “unveiling” of his plan for education was so lackluster that the News Journal even mocked him for “avoiding the hot button issues.”  He has refused to speak personally with several people who are strong advocates for education in Delaware.  He even refused to answer the Exceptional Delaware blog’s “32 Questions: Delaware Candidates For Governor On Education.”

Colin Bonini, the Republican candidate, has listed education as one of his issues on his website; however, they are vague statements, at best, with no plan on how he intends to achieve them.  Also, he released a statement on September 5th on “Delaware Students Returning to School.”  Here is a part of the statement:

I think the most hilarious part of the statement is when he goes on to blame “Democrat control in Dover.”  Why is it funny?  Because the very things that he mentions in his statement are the rhetoric that Jack Markell and several other corporate profit driven democrats have been touting for the past 8+ years!  Thus, we can only expect more of the same from a republican governor.  (BTW Colin, Delaware’s SAT scores are “low” as a result of administering the SAT to EVERY high school junior, even the ones who don’t plan to go to college.  Other states do not do this.)

Well, now you probably think you are out of gubernatorial options.

We are thoroughly impressed with Sean’s ideas, statements, and plans for the direction of Delaware education.  He is as real and personable as he looks, and his personality comes across as one of those people you’d like as your next-door neighbors.  He is intelligent, yet humble.  He knows that he is not an expert in education, and he seeks advice from stakeholders whom other candidates have either ignored or shunned:  real Delaware teachers.

How do we know this?  Sean contacted Educators to the Rescue when he first announced his candidacy for governor.  He scheduled a meeting with us to talk about what is going on in education, not only in Delaware, but around the globe.  We spent hours with him, as he listened intently and asked many questions.  In fact, we can tell that his statement on education comes partly from our meeting:

Our federal government has sold us a lemon with the Common Core curriculum.  We’ve been consistently told that our students are falling behind in the world economy and that we need to fix our system of education, and the US Department of Education has just the answer with No Child Left Behind, Every Student Succeeds Act, Common Core State Standards and the Smarter Balance Assessment System.  The fact is, they’re not.  in 2015, one of our main economic competitors, China, consistently ranked toward the top in math and reading on the PISA test, the test used to establish our standing in the developed world.  The US ranked 24th in math and 36th in reading.  Concerning as this may seem, China spends 60% of their class time solely on these subjects while our children receive a more robust education in multidisciplinary subjects.  In China, there is conditional advancement at every grade level ensuring that only the brightest and most economically well off students advance.  Here in the US, we give every student an opportunity to learn and chart their own life course regardless of aptitude or socioeconomic standing.  In fact, if we had such an abysmal system of education compared to China, why do we have 300,000 Chinese students coming here to study in our universities.  Something doesn’t add up until you follow the money.  The companies that lobbied for the Common Core State Standards stand to to take $16B out of our taxpayer pockets to fix a system that was never broken in the first place.  If you wanted solid evidence for the quality of our educational systems, the US has more Nobel Prizes than any other country (353), more Fields Medal winners for mathematics than any other country (33), more Freedom Awards for humanitarian relief and refugee freedom (26), the list goes on.  Our students are still succeeding even in spite of these government programs and the animosity that they generate between the DoE, School Districts, Administrators and Educators.

I will divert federal funding from the State Department of Education Administration to give our teachers resources to identify special needs students in grades K-3 instead of making them wait until they’re four years into their education.

Whether enacted by legislation or not, our education system will honor the Parent’s right to determine what is in the best interest of their child’s education; whether or not data is collected on their child, what that data is to be used for, or whether or not they will participate in standardized testing (without punishing our teachers).

School districts will be given the autonomy to develop and maintain their own curricula, student assessments, and teacher evaluation systems, and rather than spending so much time on teaching the test, they can focus on bringing a more robust educational experience to our students.

Sean Goward also took an incredible amount of personal time to answer each of Exceptional Delaware blog’s “32 Questions: Delaware Candidates For Governor On Education.”  If you haven’t had a chance to read the questions and answers, we highly encourage you to do so at:  https://exceptionaldelaware.wordpress.com/2016/09/04/32-questions-delaware-candidates-for-governor-on-education/  Prepare to be amazed at his in-depth commentary on all of the “hot button issues”!

Furthermore, as teachers, we at Educators to the Rescue know that Sean Goward doesn’t just talk-the-talk.  He also walks-the-walk.  We know this because we have had the pleasure of educating two of his children.

One of his children required an IEP plan for Special Education, and he was such a supportive, caring parent.  In fact, one of his chief concerns was that his child hadn’t been identified sooner than 4th grade.  We explained to him that it was likely a K-3 funding issue, as his child’s disability was not severe and, therefore, would not have qualified for funding if the child was identified in kindergarten through third grade in Delaware.  Sean is committed to fixing this funding issue, as he has personally witnessed its ramifications.

Sean Goward is a supporter of parents’ educational rights, especially the right to opt their children out of standardized testing.  Again, he walks-the-walk with this, as he opts his own children out of testing.

Finally, Sean was eager to sign the “Candidate Pledge to Fight Federal Involvement in Local Education” put out by the organization Delaware Parents Involved in Education (DEPIE).  (Not only did he sign it, but he posted it to Facebook!)

In conclusion, the only candidate that really “gets” what education should look like in Delaware is Libertarian, Sean Goward.  We know that both Carney’s and Bonini’s ideas are just more of the same failed ideas of the Markell era.

For educators and parents with children in Delaware’s public schools, there is ONLY one remedy to what ails education in our state… 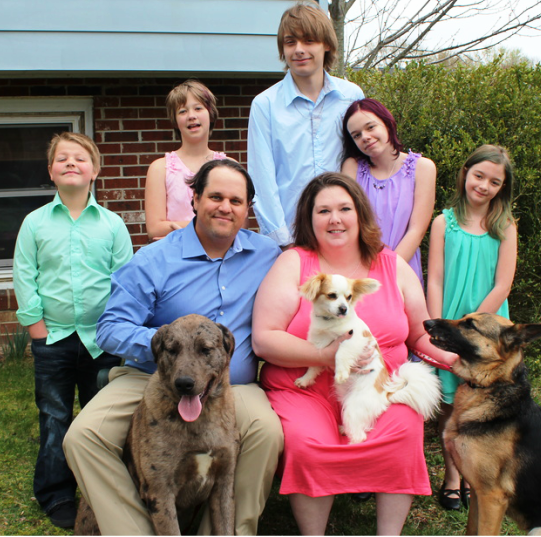